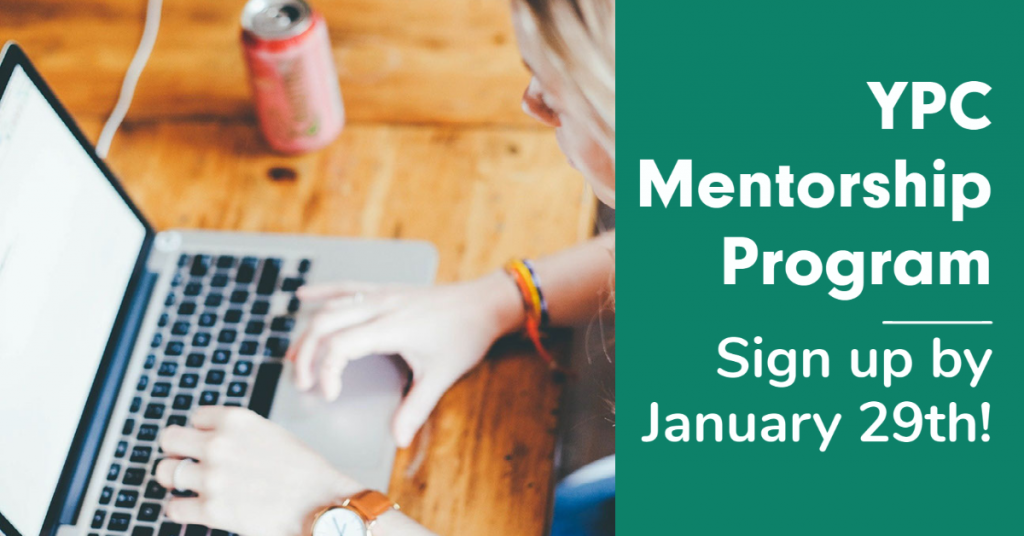 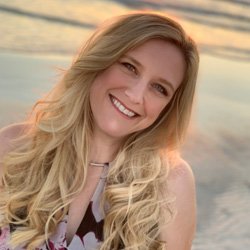 Notes from the YPC Chair

Happy 2021! This year has already started with a bang, and hopefully will bring positive change to all our lives. While I’m personally still enjoying virtual happy hours with friends, I’m ready to hear the clink of glasses when we can actually meet in person again!

I’d like to welcome our new Steering Committee members, Keith Meehan, Cory Skoczen and Robert Kopelk. You can check out their bios, as well as the bios of the other steering committee members on our website.

This year will bring more exciting programming from the YPC.  Our Education subcommittee has been hard at working creating a Tolling 101 workshop for our members.  Be on the lookout for details coming soon! Our Networking subcommittee has been working on a theme for 2021, which I’m sure you will all enjoy.  And our Community subgroup has organized a book club (please join us on Discord!) and will begin hosting monthly luncheons on different topics this month.  Be sure you are checking your emails and Discord regularly for details.

As always, we would love to have you involved in YPC this year.  If you have interest in joining one of our Subcommittees (Education, Networking, Community, Communications, Finance), please sign up here (https://ypcouncil.com/subcommittees/) or send me a DM and I’ll get you plugged in.

I’m looking forward to seeing you all at our next event! As always, if you have any ideas, concerns, or questions, I’m always just a DM or email away.

Q: Where do you work and what is your current role?

A: I’ve worked for Electronic Transaction Consultants (ETC) since 2016 and it is my first job in the tolling and transportation industry. I am the Marketing and Communications Manager at ETC.

Q: Tell us about your favorite project that you have worked on be it at your current or a prior role.

A: My favorite project has been organizing the booth at IBTTA events. From registering participants, designing the booth, working with vendors, and finding swag – I do it all! It’s incredibly challenging and there are always a lot of moving pieces, but what is most rewarding is the final product that I get to look at and show off my skills. 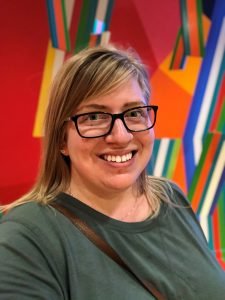 Q: How long have you been with YPC? Can you share a YPC related story with us?

A: I have been with YPC since last year, although I attended some of the initial meetings at events in 2019. I now serve as the Communications Subcommittee Chair. Over the past year, we have developed a great team that works hard to let people across IBTTA organizations and tolling/transportation companies know about our events, programs, and even our book club! Everyone on my team puts their best foot forward and steps in when we need help. I’m very honored to work with them on this volunteer subcommittee.

Although YPC is fairly new, I feel like I’ve made some great friends because of YPC. During the event in Nova Scotia, a bunch of the YPC members hung out throughout the conference and also did the pub crawl together. While it can be difficult to make friends as an adult at times, it’s nice to know that we have each others’ backs and we’re never alone. We were all sad when the 2020 in-person events were canceled, but we all look forward to seeing one another again soon!

A: I feel like I learned so much in 2020. Probably one thing I learned most about was mRNA technology. In the summer of 2020, I was chosen to be part of the Phase II Moderna Trial. Of course, I asked a lot of questions at the research clinic and read a lot of articles about mRNA and previous uses. I also learned about the potential of mRNA and how if this works, it could completely change the way we create vaccines in the future. I find out later this month if I received the placebo or the mRNA-1273 vaccine, so I’m very excited about that!

In 2021, I hope to learn more about weaving on a rigid heddle loom. I started at the end of 2020, but I have only made scarfs, which were fairly easy. In 2021, I hope to explore more about the use of patterns, different textures and learn new techniques. Professionally, I’d like to get more certifications and learn more about SaaS platforms I haven’t used in the past. Technology is always advancing in the marketing world, and I try to stay on top of the latest tools and trends.

Q: Can you tell us more about yourself, like a secret fun fact?

A: I think one thing a lot of people don’t know about me is that I lived in Japan for about four and a half years as a child. Although my parents met in the Army at Fort Hood in Texas, my mother transferred to the Air Force after becoming a pharmacist. I was about five years old when I moved there and almost ten when we moved back to the U.S. We were stationed at Misawa AFB in Misawa, Japan, which is near the northern tip of Honshu Island (Japan’s main island). It is located in Aomori Prefecture and it is near Aomori city, which is considered one of the snowiest places on earth. My parents did a great job exposing me to Japanese culture off the base. Some of my best childhood memories include visiting the Cherry Blossom Festival, the Hirosaki Castle Snow Lantern Festival, and going on trips with the Girl Scouts of Japan with my Brownie troop.

2020 started with hopes and dreams, and everyone looked forward to a new beginning. But the pandemic hit, and everything was delayed or canceled. As with the rest of IBTTA’s events, we were pushed into the virtual world of meetings.

In July, a special webinar was hosted for industry interns and young professionals. The industry leaders went through the history of tolling and touched on different aspects of the industry. Later this month, the Young Professionals Councils invited Mary Abbajay and presented the online webinar, Managing Up, Down and Across Organizations. In this lively and interactive webinar, we learned proven strategies and techniques to enhance collaboration between those with different power levels, perspectives, needs, wants, and personalities.

In September, IBTTA hosted its 88th Annual Meeting. The Young Professionals Councils met the members on two exciting events: 1) an overview of the YPC, our goals, and initiatives, and ways emerging tolling professionals can get involved; 2) a productive discussion about navigating a multi-generational workplace in a digital environment followed up on the “Changing Employee” track.

In October, the Young Professionals Councils hosted YPC Lunch Social – Autonomous Vehicles and Ethical Decision. A group of young professionals got to know each other and had a productive discussion on the topic.

In December, the Young Professionals Council supported Women in Tolling’s event with Marsha Clark, Managing Your Career with Intentionality. We learned thoughts and tools to guide our efforts on career management. One week later, the Young Professionals Councils hosted the second event, Meet the IBTTA Leaders. Get Involved. Make a Difference!, where IBTTA leaders discussed the work of essential committees, councils, task forces, and meeting planning groups. Members became more involved in our industry! Don’t forget to check the recording!

2020 was alone, scary, and slow, but we had friends, lights, and happiness as well. Thank you and big applause to everyone! May 2021 a beautiful year for all of us, and the Young Professionals Councils will be there for you as always.

Have you checked out our Discord Channel?

YPC uses our Discord channel to communicate. From our weekly topics and events to our book club conversation and our gaming events – we talk about it everything here! Download the Discord app on your mobile device or computer and start chatting with us today! 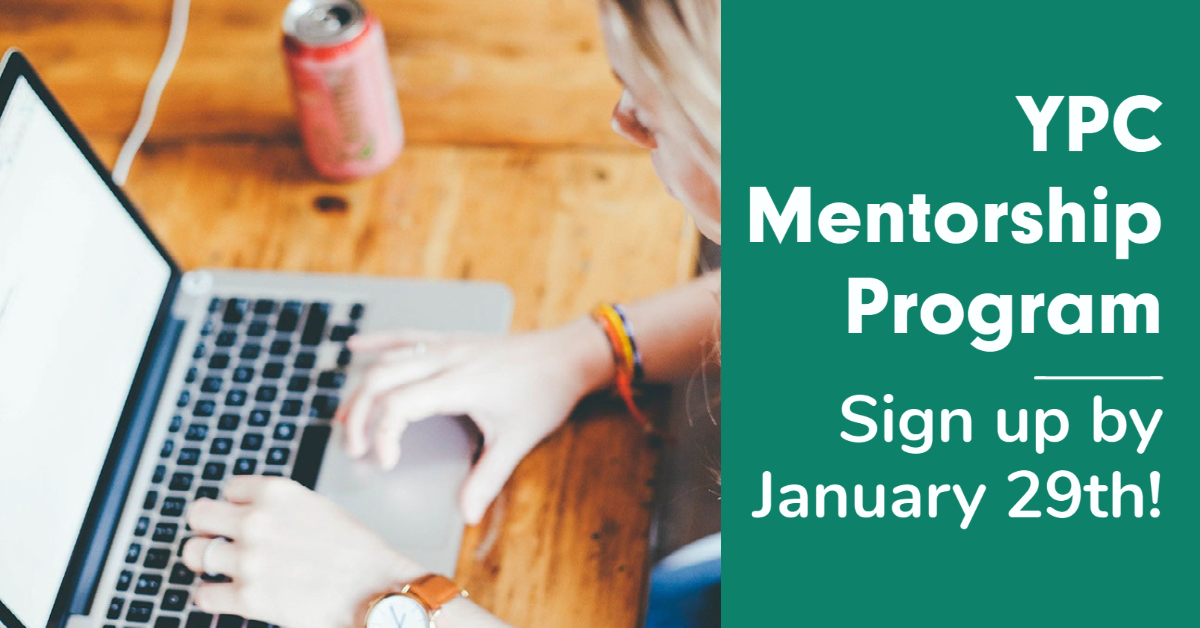 Looking to grow professionally but don’t know where to start? The YPC Mentorship Program connects experienced mentors in the toll industry with tolling professionals interested in mentorship. By participating in the YPC Mentorship Program, mentees can expand their professional network, refine their communication skills, and focus on career development in the industry. Sign up by January 29th by following this link. New pairings will be announced on February 12th!

We have a goal to feature a person of interest in the Spotlight section of our monthly YPC Newsletter, so we are asking YOU to nominate someone.

Do you know someone fascinating? Intelligent? Talented? Someone you have learned from or someone that you feel others can learn from?

Do they work in the tolling and transportation industry?

If so, we would like to learn more about them!

Check Out YPC in the IBTTA 2019 Annual Report!

Have you checked out the new IBTTA 2019 Annual Report? If not, you can view it here. On page 4, you’ll see pictures of YPC in action and a summary of what YPC is all about. 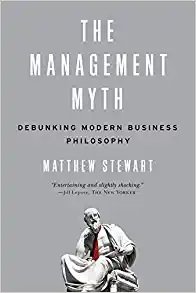 For those of you interested in learning and discussing ideas, the YPC book club is offering free meetings for just that! Books will cover a range of topics from mobility to business theory to changing technology, and more!

There are options on the site to submit book suggestions and books are selected via poll.

Discussion
The meetings will be created on Discord book club channel and take place every 2 weeks.

Get it at Amazon or BookClubz.com.